Introduction
Surgeries, in earlier phase, were developed primarily to address and treat injuries or traumas causing death if not treated. Later on, as advances in surgeries progressed, it was focused to improve quality of life. Major advances in surgeries in recent era focused on overcome obstacles of bleeding, infection and pain as well as improved quality of life and earliest return to work without any disability [1]. Therefore surgical indications are found to be an elective application, including the complex conditions such as spinal deformity that typically affect quality of life rather than being an immediate threat to life. Adult spinal deformity is a significant problem for many patients affecting their quality of life, in particularly, the elderly people. India has around 100 million elderly at present and the number is expected to increase to 323 million, constituting 20 per cent of the total population, by 2050,” the report jointly brought out by United Nations Population Fund (UNFPA) and Help Age International said. Similarly in US also the number of elderly patients has been projected to increase to 19.6% from current 12.4% by the year 2030 [2]. Spinal deformity is a major morbidity in elderly population, with pain and balance problems associated with spinal deformity often representing a significant obstacle to mobility in this age group [3]. Nonsurgical management for adult or degenerative spinal deformity is likely underreported. While it is hypothesized that a majority of spinal deformity patients are treated non operatively by their primary physicians, and increasing number of patients are opting for surgery now days [4]. Adult deformity surgery in older patients is becoming an increasingly common and requested procedure. Average life expectancy is rising with an increased expectation for extended quality of life. However, despite improved technical capabilities, complications remain a common occurrence and a significant concern in adult deformity surgery. There are many literatures published showing favorable results with adult spinal deformity surgeries; however, actual prevalence of complications varies widely [5-9]. Several reports have reported a complication rate of greater than 40% in the literature. A meta-analysis published by Yadla et al, who reviewed 3299 patients, found a 41.2% complication rate [10]. In another multicenter retrospective series of 306 primary lumbar adult or degenerative scoliosis patients older than 50, Charosky et al have shown an overall complication rate of 39% [11]. Daubs et al, in their series of 46 complex adult deformity patients aged 60 years or older, presented a complication rate of 37% [12]. In patients older than 70, Lonergan et al reported 95% of patients experiencing a complication of some type [13]. It is also important to note that variety of complications reported in literature varies in terms of minor or major complication. The purpose of this article was to identify commonly associated complications encountered during adult or degenerative scoliosis surgery, to identify and elaborate the risk factors and methods to overcome and avoid such complications. In addition we aimed at literature review of such complications to educate about it to our patients prior to surgery.

Material and Methods
This is a retrospective analytical study of 193 patients operated for degenerative or adult spinal deformity between 2010 and 2014. Average age of patients was 64.5 (SD=10.5) years (Table 1).

All patients were operated by both the authors. The indications of surgery were primarily chronic mechanical low back pain, radicular symptoms, lumbar stenosis and degenerative scoliosis. All patients were explained about possible outcome with extent of surgery as well as longer recovery time than the routine. Additionally all patients were put on calcium supplementation medications prior to the surgery. All patients were operated with pedicle screw fixation and posterolateral fusion along with decompression of affected lumbar spine and correction of spinal deformity to achieve sagittal balance. All surgeries were performed with open surgical technique with wide subperisteal exposure of all operative levels till the tips of transverse processes which was followed by free-hand pedicle screw instrumentation and attempting curve correction by facetectomy with rod derogation maneuver. Decompression laminectomy with or without discectomies were performed at the only affected levels with bilateral foramina decompression. Pedicure subtraction osteotomy was performed in only indicated patients where there was gross sagittal imbalance with kyphotic deformity noted. Postoperative follow-up was done at 6weeks, 3, 6, 12 months and yearly thereafter. There was follow-up of patients apart from protocol also if there is any complication or urgent assistance needed. Results were analyzed using relief in symptoms and improvement in quality of life as well as VAS score for pain. Results were divided in to excellent and good results that had postoperative recovery in their symptoms more than 80% and 60-80%, respectively. If patient had recovery in symptoms by 40-60% and less than 40%, there were categorized in to fair and poor results accordingly. Perioperative and postoperative complications were specifically recorded and studied in detail for this study. Complications that were recorded from operative period to three months postoperative period were included in perioperative complications [14]. Complications seen after three months were included in postoperative complications. Revisions after complications were also studied separately to identify the cause.

Results and Complications
Average follow-up was 24.1 months (SD= 9.1) with minimum follow-up 12 months. There were 28 patients having at least one level listless, 69 patients with two or less level severe stenosis, and rest 96 patients having problems at more than two levels along with degenerative scoliosis (Table 1).

There were 5 patients with associated dorsolumbar stenosis (tendom stenosis), one with cervical myelopathy, one with intra-dural tumor, and eight with associated compression fractures and three with discitis apart from main pathology of stenosis or instability. All pathologies were addressed and operated along with correction of degenerative scoliosis and decompression of stenotic part or stabilization of instability. Evaluation of our results at the final follow-up shows that there were 133 (69%) patients with excellent or good results while 35 (18%) patients with fair and 25 (13%) patients with poor results (Table 2).

Evaluating our complications (Table 2), there were three (who were included in poor results) deaths (1.5%); out of them one was due to pulmonary embolism and rest two were due to postoperative cardiac events. There was one patient from fair results who needed hemodialysis for acute renal shut down during perioperative period which recovered after 4 weeks with 21 cycles of hemodialysis. Six (3.1%) patients were having adjacent level degeneration or implant loosening causing myelopathy symptoms that required revision surgery (Fig 1-2).

On further evaluating them, all of them were having severe osteoporosis of bone marrow density for wrist and hip scan. All of them were kept of Teriperatide injections for at least one year and after that they did not have any further squeals. One patient had postoperative foot drop which recovered partially over a period of three months as implant positioning were found adequate on postoperative CT scan. This patient had having severely stenotic preoprerative canal size, and therefore, reason for foot drop was mainly due to handling of roots. There were five (2.6%) dural punctures during surgery which were repaired uneventfully. There were only two (1%) patients with postoperative wound infections; one with superficial and one with deep infections. Both were healed after debridement and appropriate antibiotics. Both patients were having positive urine culture due to prolonged catheterization postoperatively. There were 10 (5.2%) patients with postoperative oxygen saturation stays below 90% mainly due to pain and obesity that decreased vital capacity. They were treated with nasal oxygen masks and active spirometry exercise without any further complications. There were 20 patients (10.4%) with persistent back pain and tingling or numbness in legs that affected their daily life infrequently. However, on further evaluating their MRI or CT scans there was no causative factors found out. They have been treated with medications, physiotherapy and reassurance. All patients were mobilized during the hospital stay with the help of physiotherapists after 24-48 hours of surgery as postoperative back pain was controlled. All patients were give training by physiotherapists for postural changes, mobilization, back strengthening exercises, toilet training and avoidance to bending forward and sitting on floor. 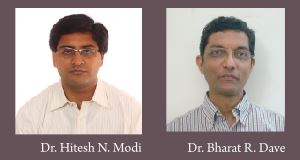